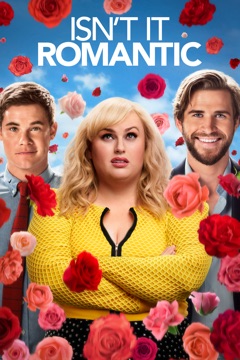 New York City architect Natalie (Rebel Wilson) works hard to get noticed at her job, but is more likely to be asked to deliver coffee and bagels than to design the city’s next skyscraper. And if things weren’t bad enough, Natalie, a lifelong cynic when it comes to love, has an encounter with a mugger that renders her unconscious, waking to discover that her life has suddenly become her worst nightmare — a romantic comedy — and she is the leading lady. 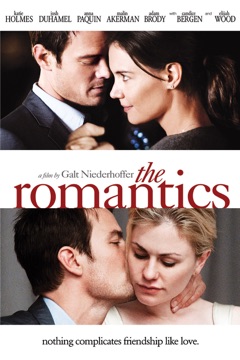 Over the course of one raucous night at a seaside wedding, seven close friends—all members of an eclectic college clique—assemble to watch two of their own tie the knot. Laura (Katie Holmes), maid of honor and Lila (Anna Paquin), the golden-girl-bride, have long rivaled over the groom, Tom (Josh Duhamel). Friendships and alliances are tested, and the love triangle comes to a head the night before the wedding, when the drunken friends frolic in the nearby surf and return to shore... without the groom. Based on the heralded novel by producer/novelist/director Galt Niederhoffer, THE ROMANTICS is a Zeitgeist love story and generational comedy that breathes new life into the genre, and recaptures the camaraderie of youth. 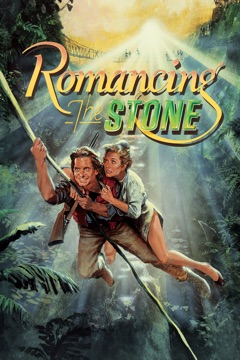 Michael Douglas and Kathleen Turner star alongside Danny DeVito in this high-flying romance adventure. After her sister is kidnapped by thugs amidst their search for a priceless gem in the Colombian jungle, a romance novelist (Turner) realizes that her own life is in danger! And when she sets out to rescue her sister, she meets a handsome fortune seeker (Douglas), who more than sidetracks her!

A close-knit group of gay friends share the emotional roller coaster of life, relationships, the death of friends, new beginnings, jealousy, fatherhood and professional success. At various stages of life's disarray, these young men share humorous and tragic relationships and always have each other to rely on. 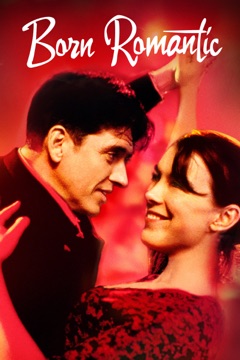 The hypnotic beat of salsa provides the backdrop to this urban drama about three lonely Londoners contemplating life's greatest mystery - women. There is Fergus (David Morrissey), who is searching for the high-school sweetheart he jilted years ago (Jane Horrocks). Eddie (Jimi Mistry), the pick-pocket who falls for Jocelyn (Catherine McCormack), the grave tender. And Frankie (Craig Ferguson), who is determined to find the love of his life while still living with his ex-wife. Jimmy (Adrian Lester) the streetwise cabbie guides them all on their tumultuous search for love. 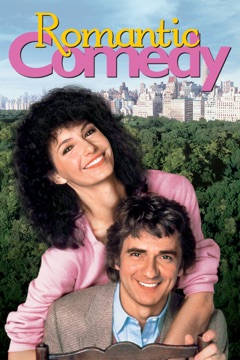 Two of the screen's finest comic actors, Dudley Moore and Mary Steenburgen, star as successful writing partners whose timing is perfect on stage but amusingly pathetic in their love life. 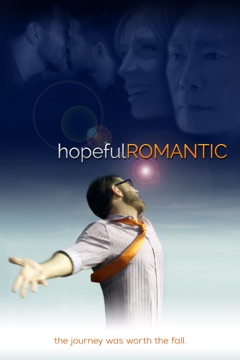 Hopeful Romantic is a universal story about loving, letting go, and holding onto faith that there's somebody for everybody. The nearly dialogue-free narrative is articulated solely through Matt Zarley and Andy Zulla (Smash)’s soulful pop score. . . introducing a fresh new format in musical storytelling. George Takei co-stars. 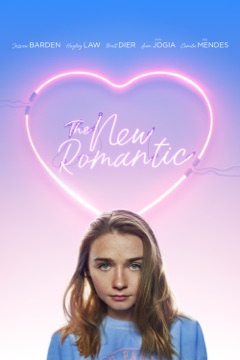 Blake Conway (Jessica Barden), an aspiring journalist, hopeless romantic and college senior, is terrified of graduating. In order to escape her looming post-graduation fate that includes student debt and zero romantic prospects, she becomes a sugar baby after meeting one at a liquor store (Camila Mendes). As she documents the adventure in the hopes of winning a journalism award with a generous cash prize, she sets out on a quest to figure out if society is right to judge these woman and if her own self worth comes with a price. 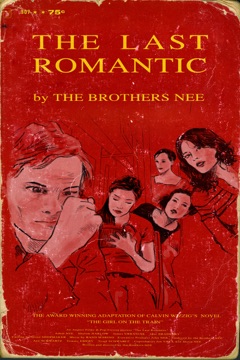 In this eccentric comedy, a poet moves to New York looking for professional success and ends up engaging in a series of strange encounters with New York City misfits. This quirky indie comedy is an IFC release. 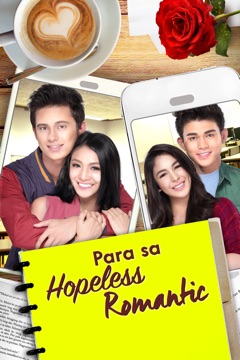 Becca's fairytale romance goes wrong when her Prince Charming, the athletic Nikko, breaks up with her with no reasonable explanation. Her heartache translates even to the love story she struggles to finish for the school publication. Just like in her real life, she could not give her characters Maria and Ryan a happy ending either. Will Becca have a change of heart when Nikko returns and asks for a second chance? How will Becca end her love story? 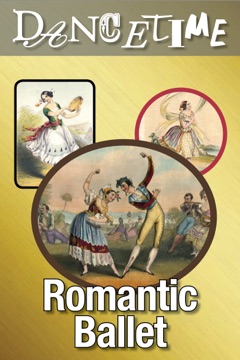 Dancetime: Romantic Ballet features never-before-published early ballet solos and duets. The video reveals intriguing facets of 19th century ballet that illustrate innovations far beyond our common understanding of this era. In fact, this period of ballet offered a revolutionary focus highlighting the stories and characters of everyday people, inspired by a combination of dynamic influences from 'national dance'. The colorful ballet of this era, bridges the gap from the opulence of Baroque dance, supported by the wealth of kings and queens, to the broadened aesthetics and virtuosic technique of the Romantic Ballet, which became the vibrant link to Classical Ballet. The film includes a sampling of restaged dances based solely on documentation provided by 19th century dance literature and iconography. Among them is the renowned Cachucha, originally performed in 1836 and identified with the Romantic Ballet icon Fanny Elssler. Also featured are dances from the choreographer, Henri Justamant, a French ballet master who left fully notated scores of more than 100 ballets and divertissements, and whose work has never before been presented to the public. Dance footage is supplemented by an extraordinary collection of illustrations from the Derra de Moroda Dance Archives of Salzburg, Austria. The restaged dances represent the largest selection of early ballet choreographies, as reconstructed from documentation, ever published. The full list of the documented restaged dances is: Fandango [1761], Vestris Gavotte [1832], Cachucha [1871], Pas de L'Abeille [1843], Pas de la Esmeralda [1859], Tyrolienne [1859]. The video was conceived and written by Professor Claudia Jeschke, Chair of the Department of Dance Studies at the University of Salzburg, and Robert Atwood, instructor of classical ballet at The Ailey School in New York City, 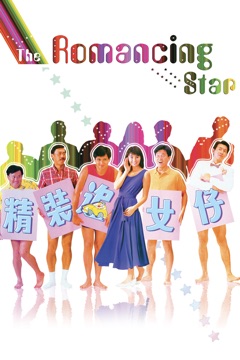 Fred, foul-mouthed, together with his two close buddies, Silver and Tony, are working in a garage. Their boss, Ken, is harsh and dingy. However, a warm and close friendship has been established among the four. In order to recover the heartbreak of Fred, Ken suggested a tour to Penang to cheer up Fred. They came across two beautiful girls, Maggie and Agnes. Since then they decided on courtship. They played a poker game to decide who's to who. By the rules of the game, Ken, Silver and Tong have to compete to see who in the end will win the heart of Agnes.... 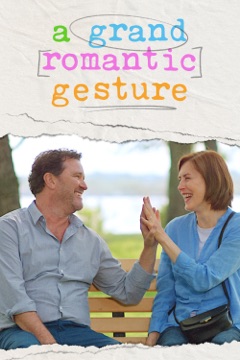 When Ava is forced into early retirement her husband and daughter encourage her to learn gourmet cooking and prepare to be a grandmother. Instead she signs up for a drama class where she is cast as Juliet - and falls in love with her Romeo. 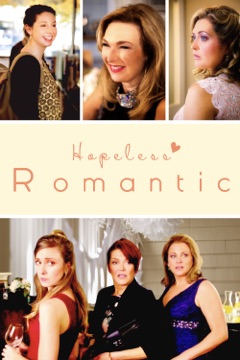 Everyone has a different story to tell, especially when it comes to relationships. Lynda Boyd stars as Anna, a recently widowed cardiologist facing romantic challenges. While attending a wedding, Anna discovers she is not alone and bonds with six other women as they each share their unique stories of navigating the complex world of relationships. This anthology film weaves through the love lives of these women, charting their ups and downs in romance and rejection. 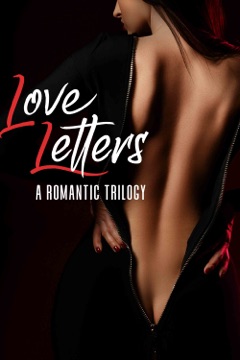 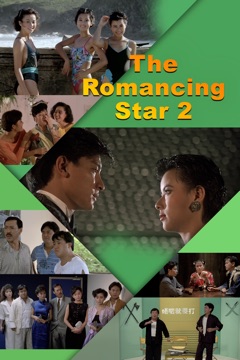 As a low-ranking director in Channel 9, Liu Pat's uncle, Liu Ting-ken owns a motor company with two employees Mocking Face and Traffic-light, who have been yearning very much to become TV actors. With his wit and inborn gag talent, Liu Pat turns the station's programs tremendously vivid and colorful, bringing more and more audience turning to Channel 9. However this makes the boss of Channel 8 very angry, he orders to get back the audience by hooks or by crooks...... 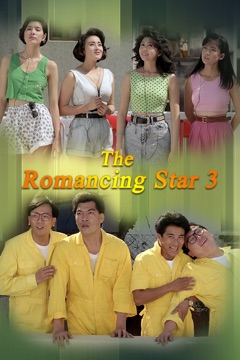 Personal and interest conflicts between two garage owners Ken and Jim along with Ken's four young male staffs and Jim's four young female helpers make them compete with each other for their own profits. The two groups eventually turn friends and helping each other to get out from the trap of money cheating immigration plan... 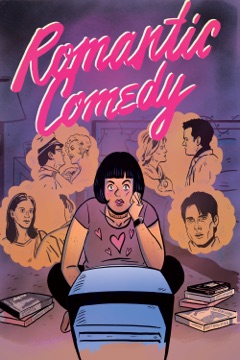 ROMANTIC COMEDY is a documentary that goes beneath the surface of our favorite films, seeking to better understand the way we view love, relationships, and romance. Romantic comedies are hugely successful and deeply loved by many but often have avoided critical analysis. Helped by a diverse chorus of writers, actors, and filmmakers, and with original songs by her band Summer Camp, director Elizabeth Sankey embarks on a journey of investigation and self-discovery.