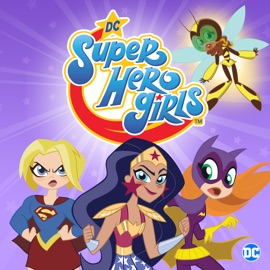 The world may know them as Wonder Woman, Supergirl and Batgirl, but not-so-typical teenagers Diana, Kara and Barbara, alongside their Super Hero friends have much more to deal with than just protecting Metropolis from some of the most sinister school-aged Super-Villains. After all, being teens is tough enough, what with school, friends, family and the chaos that comes with managing a social life. But add super powers and a secret identity to the mix, and things can get a lot more complicated. 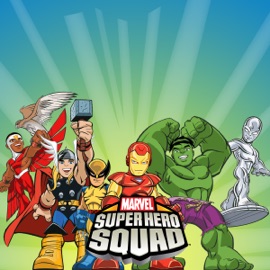 When the greatest heroes on the planet unite to face the world's greatest villains, you get the biggest, most family friendly Super Hero team-up in TV history… Super Hero Squad. It's no small job to protecting Super Hero City from the wild, weird (and even wacky) villainy from VillainVille's infamous baddies... but Iron Man, Wolverine, the Hulk, the Silver Surfer, Thor and the Falcon are always up for the job. Shouting "Hero Up!" as they rush into battle, the Squad must keep Dr. Doom's allies from gathering pieces of the Infinity Sword. Otherwise, Doom will use the Sword to rule the universe! Luckily, the City is filled with Marvel super hero guest-stars to help out in a pinch. These brave heroes totally deliver the action - but with plenty of humor on the side. 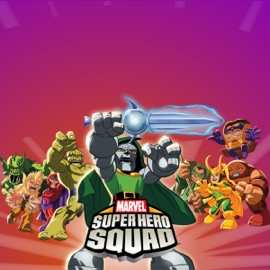 Just when the Infinity Sword has been rebuilt, Doctor Doom is behind bars, & VillanVille destroyed - a new evil threatens the universe… the space-conqueror THANOS! Determined to prove his superiority over his sister, the space pirate NEBULA, Thanos sets out to collect the six INFINITY STONES. The stones will give him absolute power over the universe, so the squad must stop Thanos from collecting them in his INFINITY GAUTLET before it's too late. 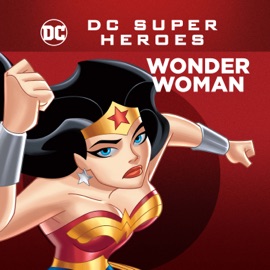 Wonder Woman is Princess Diana of the immortal Amazons from Greek mythology. She has the full package of beauty, brains, and brawn since her star-spangled intro in 1941. Watch her and the rest of the Justice League take on villains and evildoers to defend earth. 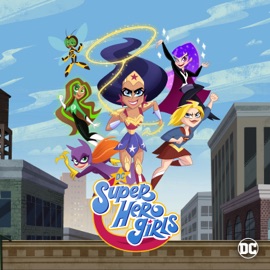 The world may know them as Wonder Woman, Supergirl and Batgirl, but not-so-typical teenagers Diana, Kara and Barbara — alongside their Super Hero friends — have much more to deal with than just protecting the citizens of Metropolis from some of the most sinister school-aged Super Villains of the DC Universe. After all, being teens is tough enough, what with school, friends, family and the chaos that comes with managing a social life. But add super powers and a secret identity to the mix, and things can get a lot more complicated. 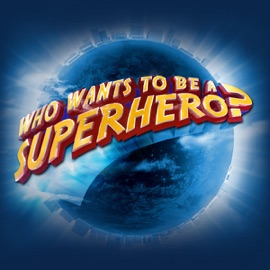 The SCI FI Channel, Bruce Nash (Nash Entertainment), and legendary comic book creator Stan Lee's (Spider-Man, Hulk, The Fantastic Four, X-Men) POW! Entertainment, Inc., have joined forces to discover the next great American superhero. Who Wants to Be a Superhero? is an all-new reality series that challenges a lucky few to create their very own superhero alter-ego, live together in a secret lair under the watchful eye of Stan Lee, and compete for the best reality competition prize yet: immortality. All they'll need is an original idea, a killer costume, and some real superhero mojo. The winning superhero will be immortalized in a new comic book from Dark Horse Comics created by Stan Lee himself and will be featured in an original SCI FI Channel movie. Executive producers are Bruce Nash, Stan Lee, Scott Satin, Gill Champion and Andrew Jebb. 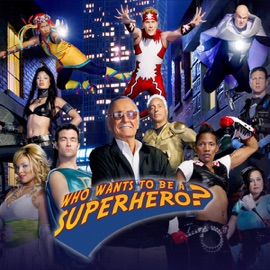 Expect more thrills, bigger challenges and even more episodes this season as once again the Sci Fi channel partners with legendary comic book creator Stan Lee's POW! Entertainment, Inc. (Spider-Man, Hulk, The Fantastic Four, X-Men) and Bruce Nash's Nash Entertainment (Meet My Folks, For Love or Money, Who Wants to Marry My Dad?) to find the next great American superhero. The show challenges a lucky few to create their very own superhero alter ego, live together in a secret lair under Stan's watchful eye, and compete in challenges that test their mettle and all the virtues of a true superhero. In the finale of Season 1, executive produced by Bruce Nash, Stan Lee, Scott Satin, and Gil Champion, Feedback, a.k.a. Matthew Atherton, was declared the winner. The 33-year-old software engineer from Rancho Cucamonga, Calif., will be immortalized in his very own Dark Horse comic book created by Stan Lee. Andy Scheer (Hell's Kitchen) joins as executive producer this season. 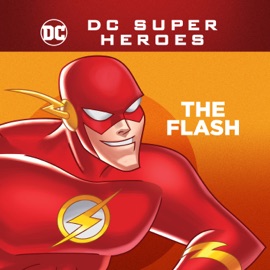 Indy cars, bullet trains, supersonic aircraft…The Flash leaves them all in the dust. Able to run at near light-speeds, his powers provide the ultimate ca eine kick: He can run up buildings, move so swiftly he phases through objects, create sonic booms with the snap of his fingers - and never need to order delivery. Watch him and the rest of the Justice League continue their on-going battle against enemies on the Earth and beyond. 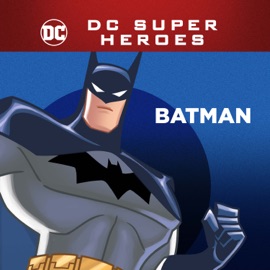 Dark Knight. Caped Crusader. Whatever you know him as, wherever you know him from, Batman is proof you don’t need superpowers to be a superhero.Watch him and the rest of the Justice League work together to overcome a dangerous armada of villains. 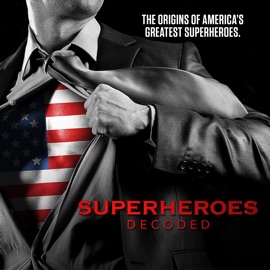 With rare access to top creators at DC and Marvel, this two-part documentary reveals the surprising beginnings of America’s legendary superhero characters. Using modern film clips, vintage comic artwork and interviews with experts and creators such as Stan Lee and George R. R. Martin, this special uncovers how the rise of the superhero parallels America’s rise as a superpower in the 20th century. 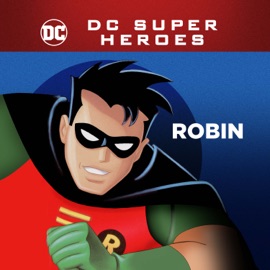 Robin has long been a fixture in the Batman comic books as Batman's partner. The team of Batman and Robin is commonly referred to as the Dynamic Duo or the Caped Crusaders. Conceived as a vehicle to attract young readership, Robin garnered overwhelmingly positive critical reception, doubling the sales of the Batman related comic books. 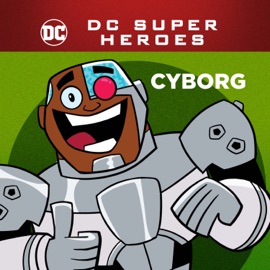 Vic Stone was the son of a pair of scientists who decided to use him as a test subject for various intelligence enhancement projects. However, Victor grew to resent this treatment and fell in with a young miscreant named Ron Evers who led him into trouble with the law. 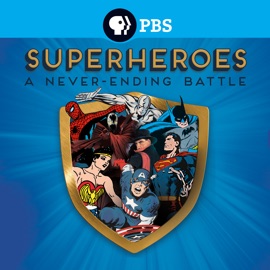 Join host and narrator Liev Schreiber to explore the dawn of the comic book genre and trace the evolution of the characters and their ongoing cultural impact worldwide. Chart the progression from the first comic books born during the Great Depression to the television debut of Superman in the 1950s, to the emergence of superheroes who reflect changing social mores in the 1960s and 70s, to today’s insatiable enthusiasm for superheroes embraced in all media and by all demographics. 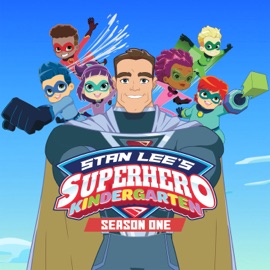 From Stan Lee comes the tale of six special kindergarteners whose teacher (Arnold Schwarzenegger) trains them to use their superhero powers. 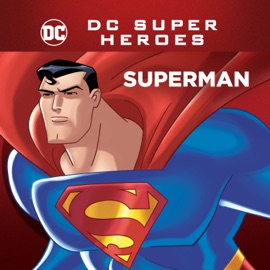 The most recognized superhero in pop culture, Superman has super-everything. Strength, speed, flight, invulnerability, as well as his renowned X-ray and heat vision. Watch him and the rest of the Justice League work together to overcome a dangerous array of interstellar invaders and world conquering megalomaniacs.